Babylon Elementary School
The school supported Lauren's First and Goal by hosting Patrice for an author's visit. The school was extremely generous, purchasing 30 hardcover copies of the book for every classroom. The PTA also purchased 100 copies to give away to families at their Bingo night and the students and staff purchased an additional 41 copies. Thanks to everyone for their support!

Bayview Elementary School
The school supported Lauren's First and Goal by hosting Patrice for an author's visit and purchasing copies of Hope is Here to Stay.

Dublin Jerome Girls Lacrosse
Once again, the Dublin Jerome girls' lacrosse team led by cousin Gabriele and Aunt Jean made over 200 neck coolies for the players and coaches at the Otterbein camp. Thank you so much for all your hard work, sewing, stuffing and tying!

Easton Area Middle School 7/8 Dress Down Fridays
Thank you to all of the generous staff members at the 7/8 building who participated in "Jean Friday's" during the first marking period. By contributing one dollar to the jean fund each Friday during the months of September and October, staff members raised over $200 for Lauren's First and Goal. Go Rovers!!!

Forks Football Chili Cook-off
A huge thanks to the Forks Football Youth Sports Organization for sponsoring a chili cook-off in October to benefit LFG. Thirteen families participated and helped raise $639! Special thanks to Fran Tone, Kelli Wilson and the rest of the team moms.

Gabs and Eloise's Paper Goods Drive
Gabriele and Eloise, students at Dubin Jerome High School in Dublin, Ohio organized a paper goods drive at the school to help supply the coaches and volunteers with needed plates, napkins, cups and cutlery at the Otterbein camp. A big thank you to all of the students who participated by donating items.

Harbor Country Day School
The school supported Lauren's First and Goal by hosting Patrice for an author's visit and purchasing copies of Hope is Here to Stay.

Hayden Wieber's Bake Sale
Hayden, a first grade student at Babylon Elementary, was so inspired by Patrice's author's visit and Lauren's story, that he made some home-baked treats and sold them in his neighborhood. Hayden raised $20 and donated it to Lauren's First and Goal. Thank you Hayden!

Holbrook Road Elementary School
The school supported Lauren´s First and Goal by hosting Patrice for an author´s visit and purchasing copies of Hope is Here to Stay.

Idle Hour Elementary School
The school supported Lauren's First and Goal by hosting Patrice for an author's visit and purchasing copies of Hope is Here to Stay. In addition, 2009 Circle of Strength members were honored during the visit and given Hope Is Here To Stay t-shirts. Miss Goodman's third grade class wrote letters of encouragement to Lauren after the visit.

King's College Lift-A-Thon
Coach Jeff Knarr and members of the King's College football team held a lift-a-thon in Wilkes-Barre, Pa. during the team's spring testing period and raised $700 for LFG.

Michael Garner - Photography
Mike learned of LFG from his son Case, a member of the Lafayette Football team and LFG volunteer. He generously offered to travel from CT to both the PA and NY camps to take photographs for us and process them for use on our website and promotional materials. His talent, enthusiasm and professionalism make him an invaluable member of the LFG team and his terrific photos capture the action and spirit of the events. Thanks Mike!!

Noxon Road Elementary School
Patrice visited this school for one of her author's visits and was joined by the Murphy family, founders of Friends of Jaclyn. Jaclyn and Taryn Murphy are former students of the school and the visit was planned with their fabulous former third grade teacher Karen Gliedman. The school purchased 105 copies of the book for all their second and third graders.

Owen's Marathon
Lauren's cousin Owen ran the NYC Marathon in November and raised more than $700 for LFG. He finished under four hours for the third consecutive year. Great job Owen, and thanks to everyone who pledged to help him and LFG!

Reporters' Challenge Golf Outing
Over $400 was raised by Lehigh Valley area sportswriters and reporters who participate in this annual golf outing, which was held in May.

SAAC 5K
The Lafayette College Student Athlete Advisory Committee sponsored the Hope is Here to Stay 5K in the spring that raised more than $2,560. Thanks to all of the tremendous athletes and the Lafayette community for their continued support.

Shawnee Elementary School
The school supported Lauren's First and Goal by hosting Patrice for an author's visit and purchasing copies of Hope is Here to Stay. Circle of Strength members from years past were honored during the visit and given Hope Is Here To Stay t-shirts. Shawnee students also collected donations for Lauren's First and Goal during a recent book fair.

Southampton Elementary School
Southampton hosted Patrice as part of their Authors' and Illustrators' Day in March.

Sycamore Elementary School
The school supported Lauren's First and Goal by hosting Patrice for an author's visit and purchasing copies of Hope is Here to Stay.

Tracy Elementary Staff Club: Dress Down Fridays
Teachers and staff members at Lauren and Gracie's former elementary school contributed $250 to LFG from funds collected during dress down Fridays at the school.

Troxells' Works of Art
In addition to helping with copying and assembling of the PA camp registration booklets, Summer and Capri Troxell, ages 6 and 5, created beautiful works of art and sold their pieces to family and friends, donating all the money they raised to LFG. Thanks girls!

Uncle Tony's Curse Jar
We all love Uncle Tony, but sometimes his ‘colorful language' can cause quite a stir among those not accustomed to his command of the English language. Lauren and Gracie made and delivered a special curse jar for Uncle Tony to deposit 25 cents each time he let an explicative slip while we were in Columbus, Ohio for the inaugural Lauren's First and Goal camp at Otterbein College. Holy &%$$!! That %$$#$ Uncle Tony wound up depositing $19.75 into that &$@! jar over the course of three and a half $#% &# days!! Gracie also added a few bars of soap to his bill.

Yoga on the Beach
Lauren's Aunt Patrice again taught a series of morning yoga/pilates classes on the beach for members of the Idle Hour Beach Club in Oakdale on Long Island, N.Y. Twenty-four moms and kids donated more than $600 to LFG. 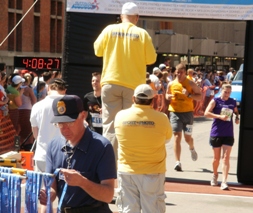 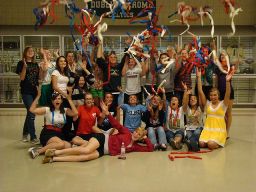 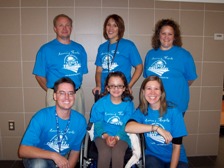 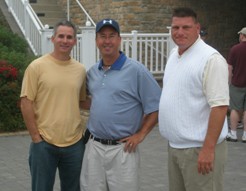 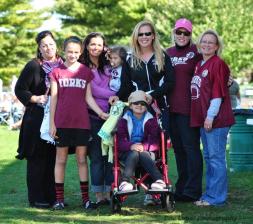 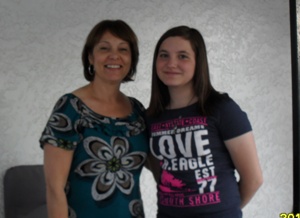 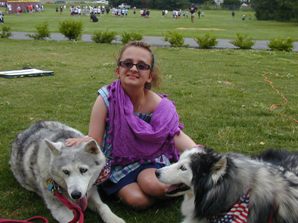 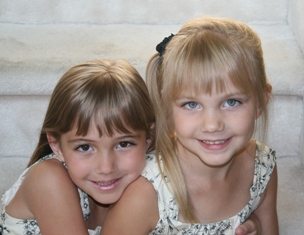 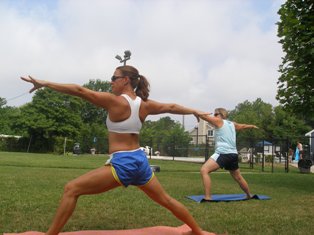 Yoga on the Beach 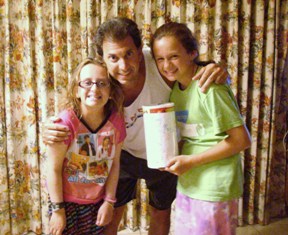